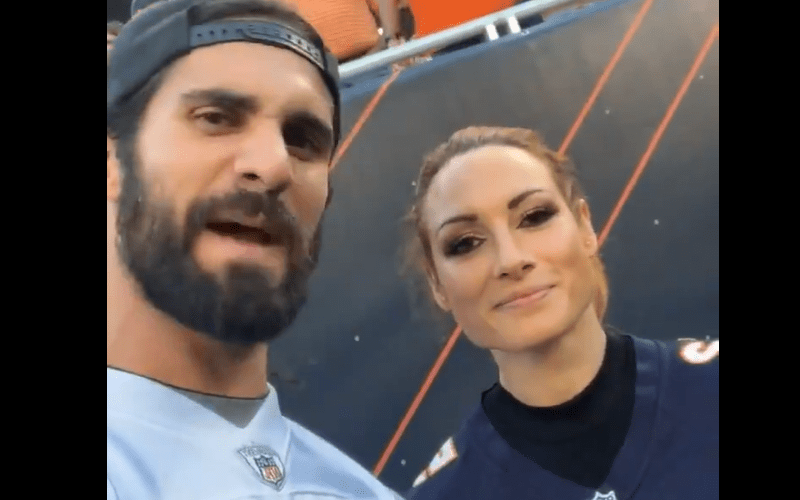 Seth Rollins and Becky Lynch are newly engaged and they recently decided to take in a Bears game.

Rollins is obviously a fan of Da Bears and that means The Man is right along with him. The Architect cut a little promo about being at the game and they look like they’re having a great time.

This video was actually put out by the Chicago Bears’ Twitter account so they were obviously thrilled to have the WWE Universal Champion and RAW Women’s Champion at the game.

This was actually Becky Lynch’s first NFL game and it looks like she was taking it all in. It was a good game to see too because the Bears’ opponent tonight is the Green Bay Packers.