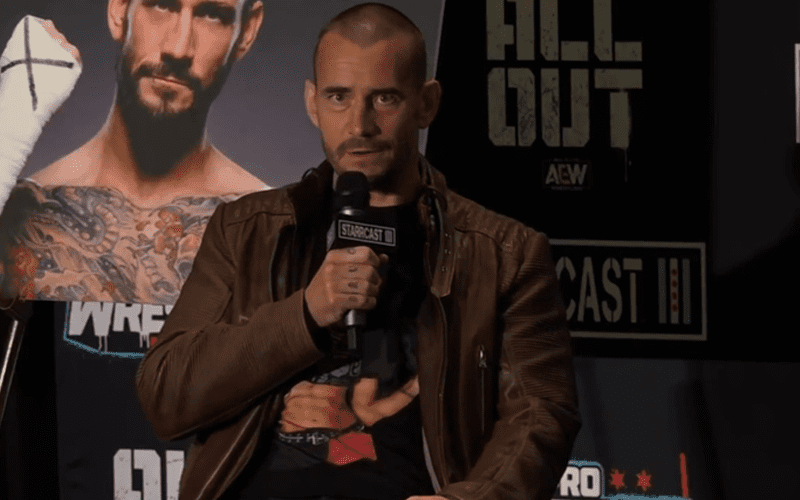 CM Punk is no longer a WWE Superstar and it looks like he’s doing just fine in his life after WWE. Now he can look back and see the bigger picture and realize the absurdity about so many things that WWE convinces their Superstars of while they’re in the company.

While speaking at Starrcast III, CM Punk opened up about the culture in wrestling regarding getting time off. He was very surprised when discovering WWE’s recent allowance of vacation time.

CM Punk said that the idea to work while someone is hurt dates back to an old pro wrestling mindset, but it isn’t necessary to live like that anymore.

“I think in wrestling culture, there’s a lot of toxic garbage. I think it’s like that with sports across the board. There’s always that push to be the ‘tough’ guy, ‘oh I’ve got to work hurt.’ Obviously, in pro wrestling, it’s more so because back in the day if you didn’t work, you didn’t get paid. It was still very much like that when I was on the road full time. If I missed a house show loop, which I never did, I wouldn’t get a f*cking paycheck that week.

“It’s 2019, and I think that these sports organizations need to address that. Yes, there’s always going to be people who will abuse the system and be like ‘oh, I’m hurt.’ But in pro wrestling, there’s always this pressure, and it’s very real from the office about how you have to make these shots. They make it that this massive toxic masculinity thing about you have to do this and look how tough I am. I think that it’s really, really stupid, and I think that it gets people hurt, it gets people killed, and it’s a dangerous thing.”

If someone is injured they really shouldn’t be working in the ring. Working hurt can risk injuring your opponent or further injuring yourself.

Things might have changed a lot since CM Punk walked out of WWE, but that was one of the things that he left behind when he decided that enough was enough in Vince McMahon’s company.