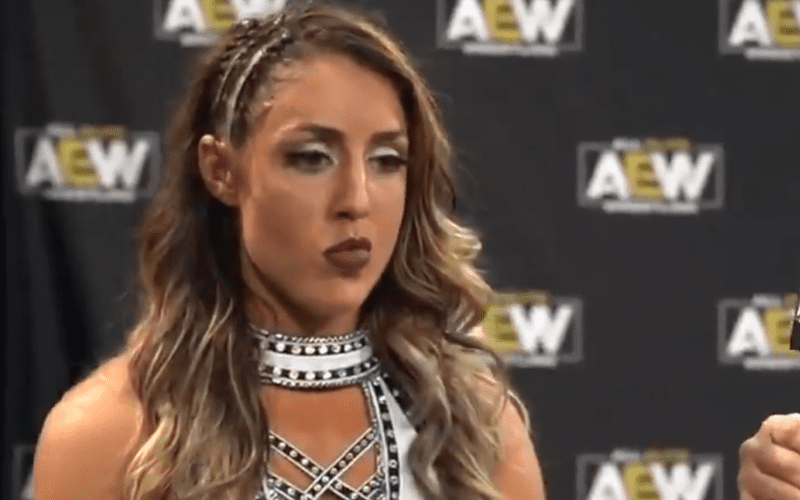 Britt Baker came so close to winning the Casino Battle Royale match at All Out. Bea Priestly screwed her over to continue their feud, but it meant there won’t be an addition of “first AEW Women’s Champion” to Baker’s resume.

Chris Jericho had his AEW World Title stolen on Sunday while he was dining at a Longhorn Steakhouse. His rented limo was burgled in that time or something else happened. The bottom line is that the title is gone and it’s a very good thing they made a back-up.

When Britt Baker head about this story, she could relate.

I feel you, Chris…. I got robbed of my title, too.

Only time will tell how long it will be until Britt Baker will get an AEW Women’s Title shot. She’s held titles in her career before, but getting a shot to represent All Elite Wrestling in that way would definitely be a big deal for her.

Let’s just hope if and when Britt Baker wins the AEW Women’s Title she doesn’t let someone steal it while she’s cleaning someone’s teeth.