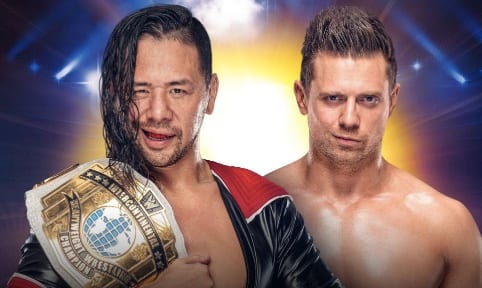 As seen on Sky Bet, the betting odds for Shinsuke Nakamura vs The Miz at WWE Clash of Champions have been released.

If there’s one thing that Miz knows more about than almost anyone else (aside from Chris Jericho), it’s being Intercontinental Champion. The Awesome One will go down in history as being one of the greatest holders of the belt ever, and it appears as if another reign could potentially be on the horizon for him.

He’ll lock horns with current champ Shinsuke Nakamura at Clash of Champions, and if he wins, he will tie Jericho for the most reigns with the belt ever at nine.

Alas, while a lot of fans may want to see that dream become a reality, Nakamura is still the favourite to walk out of Charlotte with the belt at 1/3. Miz, on the other hand, is currently priced as a 9/4 underdog.

Those aren’t the worst odds in the world by any stretch of the imagination, and if WWE was going to pull off a surprise result on the night, this would certainly be one of the most likely when you look at the odds available right now.

Shinsuke has the opportunity to do some intriguing stuff with the belt especially with Sami Zayn by his side, but there aren’t many people that trust in WWE’s ability to let him do so.

One way or another, we think that these two are going to surprise a lot of fans and pundits alike by putting on one of the best matches of the night.