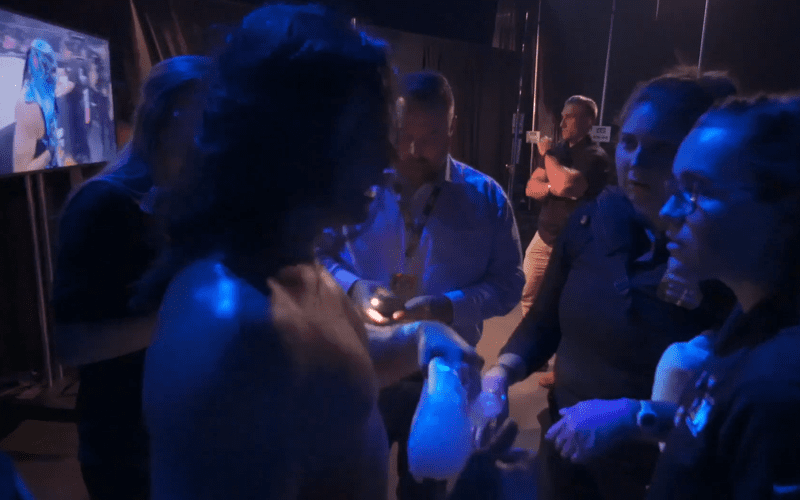 AWE All Out was a great night of action and the newest episode of Being The Elite gave people a special look behind the scenes.

There was plenty of action with Hangman Page and his horse. He even named his horse after Triple H which was pretty great to see.

We also saw that it was Jungle Boy who killed the power in the Sears Centre before Orange Cassidy showed up for his first appearance.

The Young Bucks revealed during the media scrum that the rest of the locker room was legit worried about them when they got backstage. This was due to how crazy their match against the Lucha Bros was. In this video we can get a brief glimpse of The Young Bucks getting checked on backstage.

We also got to see Brandon Cutler’s view of Chris Jericho’s promo following All Out. This was a unique view of this promo you might have already seen before.

The video ends with Hangman page declining a dinner offer from the Young Bucks as he said the he needed to think. This was after he lost the main event to Chris Jericho.

You can check out the video below. We’re very glad Being The Elite doesn’t seem to be going away because it really has added a lot to the storytelling so far. It’s anyone’s guess what it will bring to AEW’s show on TNT.