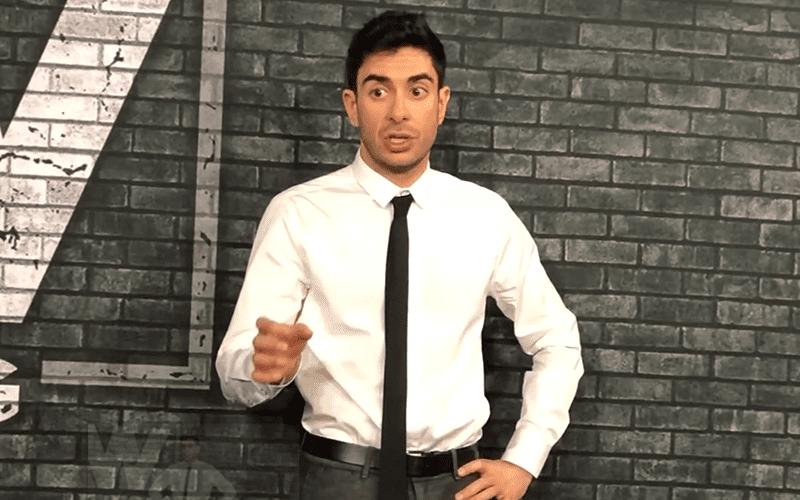 AEW’s first World Champion is Chris Jericho, but Tony Khan made a pretty big promise after All Out was over and it had to do with Y2J’s new title.

During the media scrum following All Out, Tony Khan was asked about diversity in the AEW World Title picture. He promised that by the end of the year fans will see his plan, but he’s not doing it for the sake of diversity. AEW will be pushing people because they deserve it.

“I think we are going to see some wrestlers of color in the men’s division. I think it’s something that’s really important to me. We have some wrestlers who are absolutely going to contend. I don’t wanna tip my hand on who will be in contention, but I think you will see by the end of the year that I am committed to diversity and I am doing some exciting things to establish new stars both in the singles and tag division and getting some diversity in those roles. You’ll see and I’m gonna do it in a way that you won’t remember we had this conversation and it’s going to be good. I’m not forcing it and I’m not doing it because I’m trying to be more diverse. I’m doing it because there are people on this roster who deserve the push and I’ve identified them and I wanna push those people.”

We will have to see who AEW will be pushing up the ranks. There are quite a few minority athletes on their roster who could really excel if given the opportunity.

It seems like AEW will be a company that will push people because they realize the hard work each star puts into being the best. This could be a very refreshing way to approach pushes in pro wrestling.