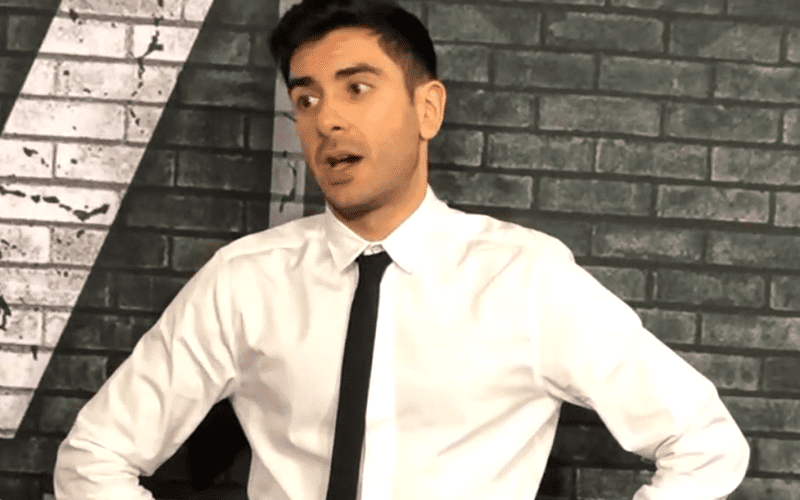 AEW All Out was an event full of big time action and plenty of fans were certainly made last night. They even had pyro and showed this off all night.

During the media scrum after All Out, Tony Khan stated that he was not happy with the pyro at All Out because it almost caused a huge issue. During Cody’s entrance, he had his dog Pharaoh out there, but the pyro spooked him.

Tony Khan also noted that Brandi Rhodes was not happy about the pyro spooking Pharaoh. He said that Pharaoh is a great dog and he loves having him around, but he wouldn’t make the decision to put him on stage like that again. He was nervous for Pharaoh last year at All In and equally nervous this year.

Pharaoh was noticeably having issues until Brandi Rhodes handed Pharaoh’s leash to MJF who walked Cody and Brandi’s dog to the ring after calming him down. He really is the Salt Of The Earth.

Khan also stated that after Pharaoh was spooked by the pyro they made sure that “Hangman” Adam Page’s horse was corralled well before Chris Jericho’s pyro went off. This means of “doubling down” on being safe about the pyro was a way to make sure that they didn’t have a spooked horse backstage at the Sears Centre.