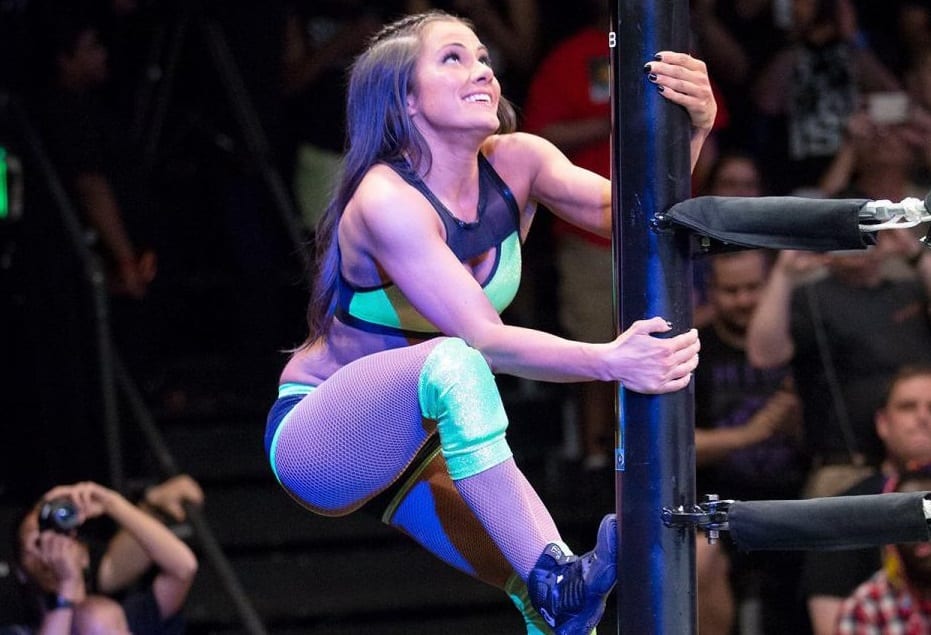 WWE has a lot of very talented people in the Performance Center, but former American Ninja Warrior Kacy Catanzaro is apparently done.

Squared Circle Sirens reports that Catanzaro has “handed in her notice to WWE recently.” She’s been with the company since January 2018.

It is said that Catanzaro “suffered a back injury” and then she “decided to stop wrestling afterward.” This is a real shame because Kacy Catanzaro had a lot of potential.

We’re sure that she will be fine, but it is still unfortunate that her career seems to be coming to an end. Catanzaro has been featured often on the WWE Performance Center’s YouTube channel as well where she reacts to videos of her boyfriend Ricochet performing.