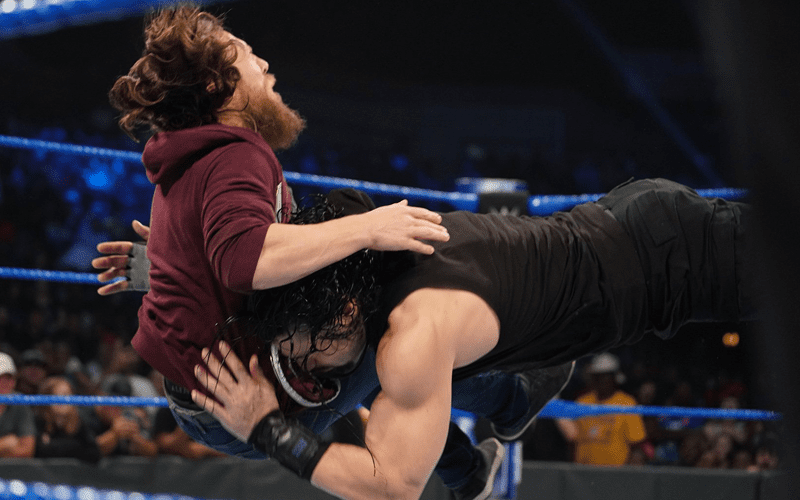 Roman Reigns discovered who was involved in his backstage attack and it was Rowan. Daniel Bryan wasn’t happy about this at all and now he’s breaking his silence.

Daniel Bryan has released an official statement concerning his current storyline with Roman Reigns. He wants an apology and is not going to be accused of being “guilty by association.”

Roman Reigns speared me last week and I understand his frustration. I know how it looks. I know a lot of people don’t like me and I know I seem guilty by association, but that doesn’t make me a liar. Erick Rowan is the one to blame and I have had nothing to do with this. Therefore, I still deserve an apology from Roman Reigns.

We’ll just have to see where this leads, but all signs point toward a very likely match between Roman Reigns and Daniel Bryan at WWE’s Clash Of Champions event on September 15th.