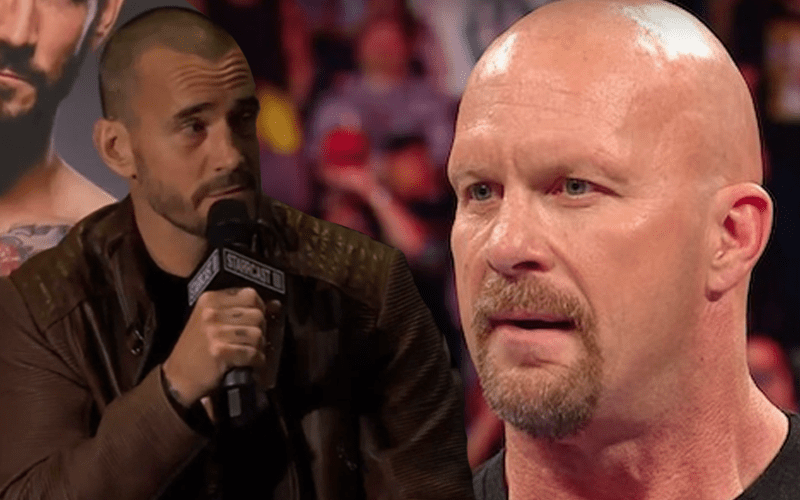 CM Punk appeared at Starrcast III and he revealed that a match against “Stone Cold” Steve Austin could have happened.

Punk told a story about something that took place near the end of his run with WWE. He was in a dark match and needed a way to send the crowd home happy. Steve Austin was backstage so Punk had a great idea.

The Second City Savior said that he walked up to The Rattlesnake and asked him if he would come out at the end of the show and give him a stunner to send the crowd home happy. Austin was all about it.

CM Punk said he couldn’t believe that nobody asked Austin to do this before. When he told the other heels he was working with in the match that Austin would be delivering Stunners at the end, they couldn’t believe how awesome it was.

Since then, CM Punk said that “I would poke him and say how about that match motherf*cker?” Punk said that “there was a sliver of time” when the match was actually plausible, but obviously, it never happened.