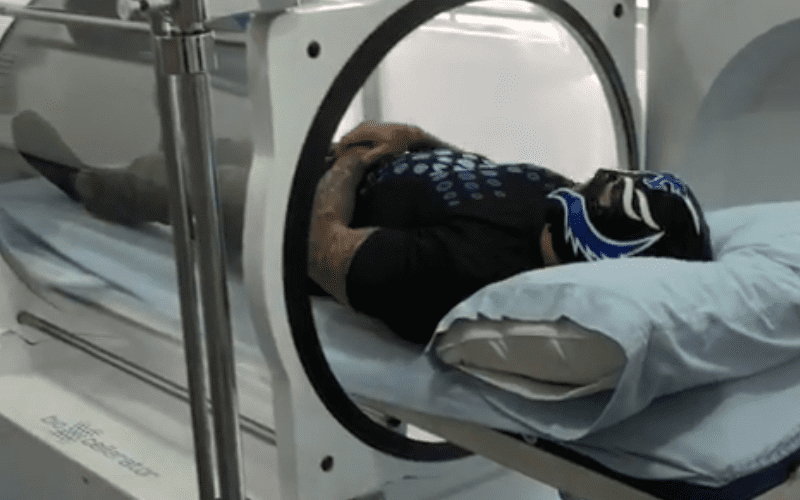 Stem cell therapy is becoming very popular, however, it is still controversial. Rey Mysterio recently got some done and he had a glowing review to give.

Rey Mysterio revealed that while he was with WWE on their South American tour that he stopped in and got some stem cell treatments at BioXcellerator.

This therapy is proving to be an amazing benefit to anyone who is getting it done. The unfortunate part is that they must travel outside of the United States in order to receive the procedure.

After last nights event in Panama City, im excited to announce that i am in Medellin, Colombia, South America to receive the most advanced/safest stem cell treatment in the world today with @BioXcellerator !!!!From orthopedic injury to traumatic brain injury, to rare auto immune disease such as ALS, MS, Alzheimer’s, and even Parkinson’s Disease, If you want to become a #bioXmen or #bioXwomen, then please reach out to BioXcellerator and ask for my homie David Truitt! David will guide you through your 1 on 1 consultation with the Medical Director with the same care and passion that was giving to me?

It seems to work which makes you also have to wonder why Mysterio had to go to South America to receive the procedure. You also have to respect the fact that he kept his mask on.