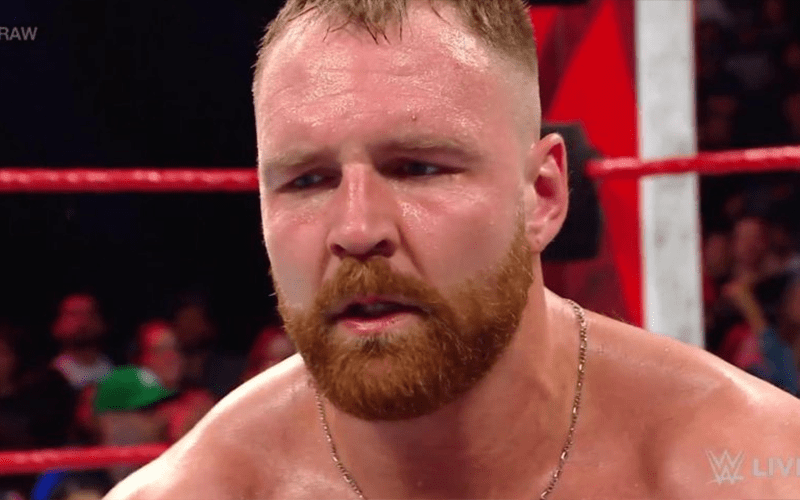 Jon Moxley still hasn’t wrestled his first official match for AEW yet and it looks like will have to wait a little bit longer to see it now.

Moxley did wrestle in a non-sanctioned match against Joey Janela at Fyter Fest. His next scheduled match was against Kenny Omega at All Out, but that is not happening.

The former Dean Ambrose informed fans that he has MRSA and needs surgery. He is getting this procedure which will cost him his match at All Out on August 31st. He did promise to be back and 100% for AEW’s TNT debut on October 2nd.

I’m absolutely gutted to have to deliver this news but I’d rather it come directly from me. In a nightmare scenario, a serious case of MRSA has returned in my elbow. The timing couldn’t be worse. In this circumstance I am forced to pull out of the fight 8/31 vs Omega at All Out .

I apologize to all involved, most importantly the fans. I am incredibly frustrated and pissed off. I’ll have surgery this week to remove the bursa sac in my elbow and be done with it for good. Should be a quick recovery so I will be 100% for AEW Wednesday nights on TNT.

Still, I expect All out to be an amazing ppv and hope all the fans out there looking for an alternative tune in. You will be blown away by AEW and be excited to be a wrestling fan. I’m looking forward to watching as a fan myself

This is terrible news and not what AEW fans wanted to hear at all. The good news is that he is getting this taken care of because their upcoming television show on TNT is what matters most right now. We’ll just have to see if AEW can figure out a new opponent for Kenny Omega at All Out.