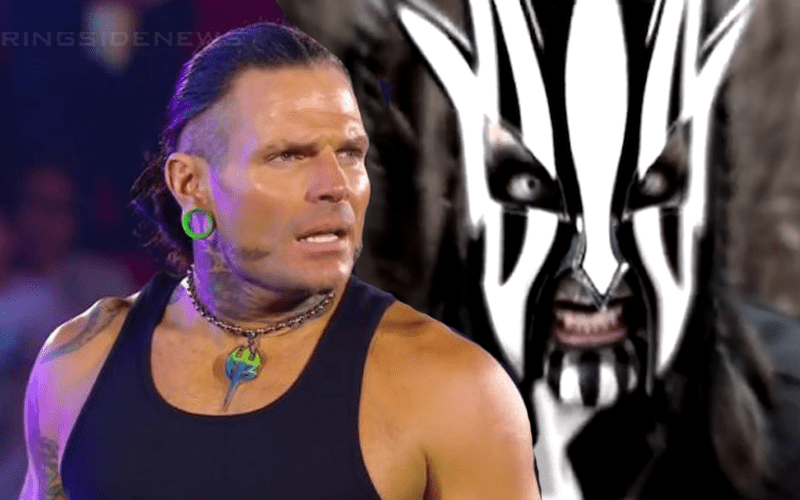 The Hardy Boys have both been through their fair share of gimmicks. Although Matt Hardy’s number of personalities is far higher, Jeff Hardy has been through a few iconic personas as well.

One fan favorite is still his Willow character from TNA. He hasn’t portrayed that character in a very long time, but Jeff Hardy recently proved that at least he still has the costume.

Hardy was promoting some upcoming musical performances while he rehabs his busted knee. He looked to be doing well as he stood on his own two feet while singing Staind’s “It’s Been A While” and then the screen cut to black. Suddenly, Willow appeared and cackled before the video ended.

This was a very startling thing that we did not see coming. Honestly, seeing Willow when you don’t expect him is kind of a jump-scare.

Jeff Hardy might still be working on his return from injury, but it’s nice to know that he’s obviously not opposed to portraying Willow once again just in case Vince McMahon needs him.