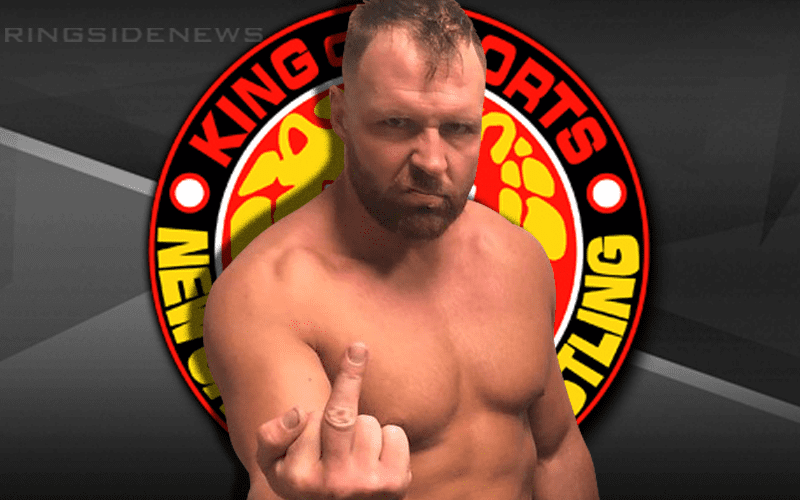 Jon Moxley’s first public appearance at a pro wrestling event after leaving WWE was at AEW’s Double Or Nothing. However, his first match was in NJPW when he won the IWGP United States Title from Juice Robinson.

Moxley and Robinson seem to still be telling a story with each other as Mox’s brutality continues with NJPW. This could lead to a Wrestle Kingdom encounter in a lot of fans’ opinions. It turns out that could also be the final time Moxley wrestles for NJPW.

Sports Illustrated reports that Jon Moxley is currently under contract with New Japan Pro Wrestling until Wrestle Kingdom 14 on January 4th. We will have to see if he signs a new deal after that, but it seems like he could be wrapping things up in Japan.

Moxley, Chris Jericho, and Kenny Omega all have unique AEW contracts. They are allowed to wrestle for NJPW and AEW at the same time. Omega hasn’t been able to work out a return to NJPW, but Mox and Jericho seem to be having no issues.

We’ll just have to wait and see what Moxley decides to do in January, but his AEW commitments might get rather cumbersome once they are on TNT on a weekly basis.