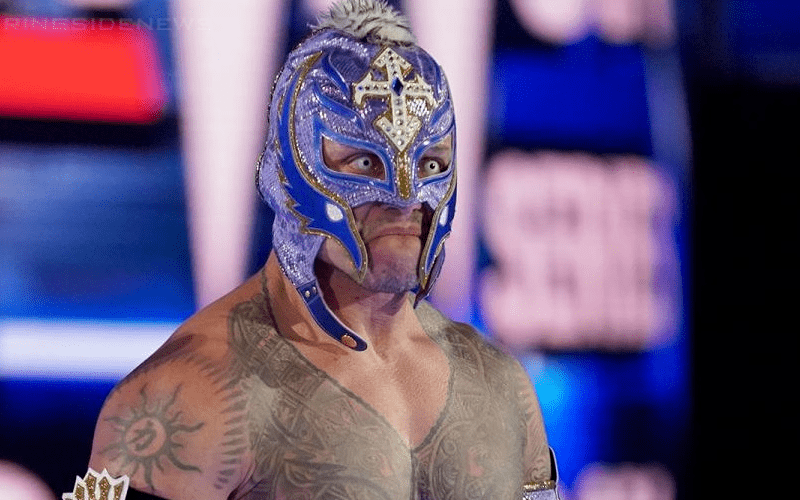 Rey Mysterio’s WWE return was met with a lot of excitement as fans couldn’t wait to see him mix it up with some of the top current Superstars in WWE. However, that hasn’t worked out very well for him.

Dave Meltzer explained on Wrestling Observer Radio that WWE has a very interesting and some might say disappointing booking strategy for the Greatest Mask Of All Time.

“The mentality is that Rey is 44 years old so because he’s 44 years old, his basic thing is to get new guys over.”

WWE really doesn’t have a big Hispanic star and they really want one. They could have a fantastic one with Rey Mysterio since he’s one of the biggest Hispanic stars of all time. However, they are currently only apparently using him to get other people over.

We’ll have to see how this booking strategy works out for WWE, but it’s not the best look for Mysterio who has an option to pull out of his WWE contract early if he so chooses in just a few months.