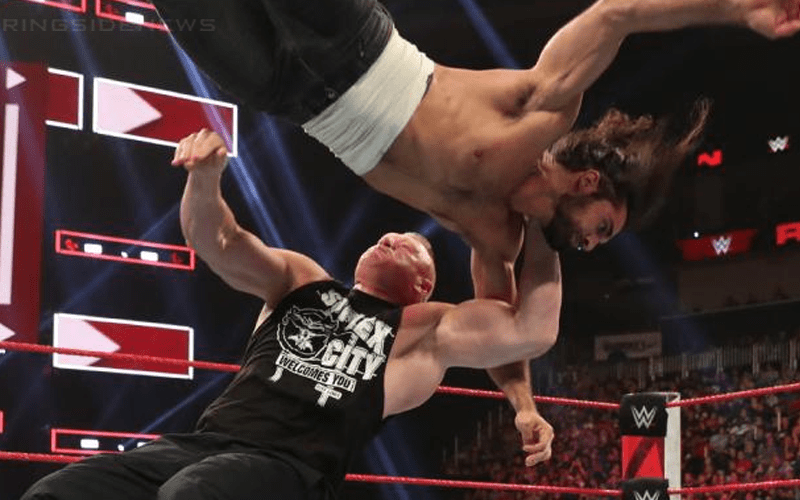 WWE’s booking might be confusing at times and the build toward the Universal Title match at Summerslam is no different.

Dave Meltzer explained during Wrestling Observer Radio what WWE’s current storyline is for this Universal Title match. Seth Rollins has been beaten time and time again so Brock Lesnar is looking like a true unbeatable force. Let’s just see if The Architect can close the deal this Sunday.

“The storyline that they’re trying to go with is that Seth has no chance to beat Brock. Does that mean that he’s gonna beat Brock? I cannot answer that question, but what I can say is the story that they were trying to tell for this build-up is that he has no chance to beat Brock which would lead one to believe that he will. I don’t trust anything when it comes to WWE booking to make sense.”

Brock Lesnar continues to come off as a beast who is unbeatable. Now it is Seth Rollins’ job to see if he can find any cracks in The Beast Incarnate’s armor at Summerslam so he can actually beat him once again.

As Brock Lesnar continues to appear invincible, someone needs to beat him eventually. It appears that Seth Rollins has quite an uphill climb ahead of him if he wants to recapture the Universal Championship at Summerslam.