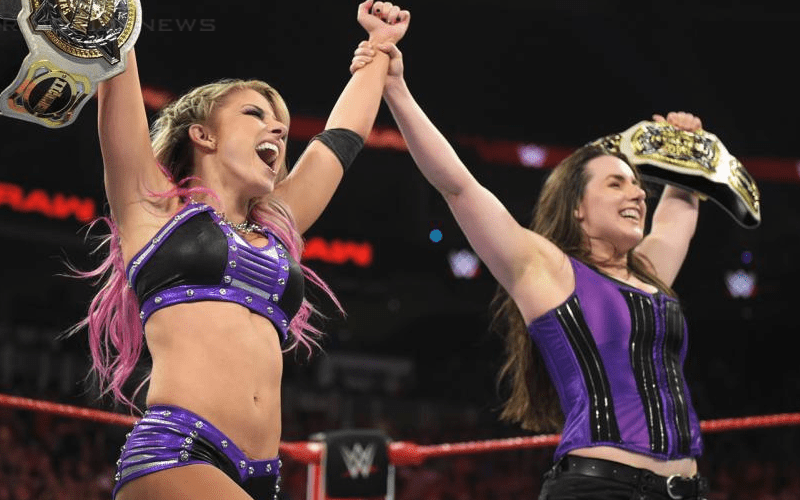 WWE was planning for a fatal four-way during Summerslam for the Women’s Tag Team Titles. This match was held on RAW last night and ended with Alexa Bliss and Nikki Cross becoming the third duo to hold the titles, but that wasn’t the original plan.

Dave Meltzer explained on Wrestling Observer Radio why WWE made a decision to hold this title match early. It all came down to timing because Summerslam is going to be long enough as it is already.

We will have to wait and see if WWE ends up booking a different Women’s Tag Team Title match for the big Toronto show or just having Bliss and Cross sit this one out. Either way, we have new champions and they’re very likely to be wrestling way more to defend those titles.