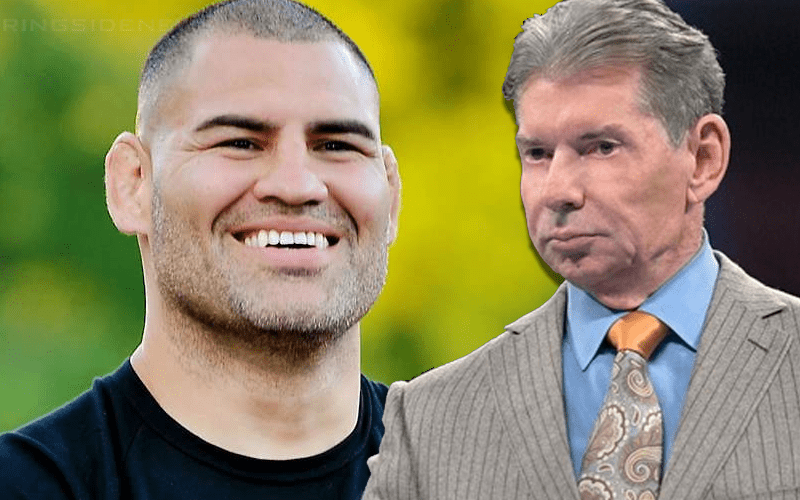 Cain Velasquez surprised a lot of people with his performance at AAA’s TripleMania event. He pulled off a few moves that most did not see coming as he impressed lucha fans in Mexico and around the world.

Velasquez trained for a little bit at the WWE Performance Center last year, but did not really enter into talks with WWE about coming in. However, once he got his feet wet it was hard to keep him from diving in head first.

The former two-time UFC Heavyweight Champion reportedly has two more matches to go with AAA, but according to Fightful Select, WWE will be watching him very closely.

There were several within WWE who were also watching the show and will be paying attention to how his next two matches go.

It was also reported that Velasquez was very easy to work with and everyone who dealt with him had nothing but positive things to say. Therefore, he is obviously respecting the business. He is a big fan of lucha libre, but WWE also has a lot of money and offering him a deal at some point might not be the worst idea especially considering AAA’s relationship with AEW.