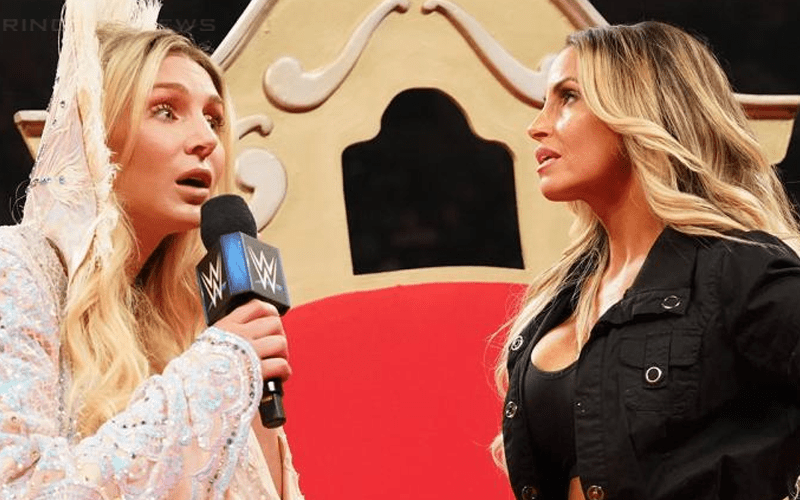 Trish Stratus and Charlotte Flair are going to wrestle at Summerslam next Sunday. They don’t get much time to hype this match so they’re taking things to social media.

Trish Stratus asked an honest question when she wondered if holding a title for less than a week really counts as a reign. Flair was quick to remind Trish that she’s already beat her seven title reigns with The Queen’s nine.

Of course, Bayley had to rub it in even more by saying, “or less than five minutes,” along with an animated gif of a laughing Kevin Malone. This was making reference to Bayley taking the SmackDown Women’s Title off Flair at Money In The Bank.

It looks like Charlotte Flair and Trish Stratus have something to fight for at Summerslam as the two will battle to prove superiority. It will be interesting to see what they do during the go-home episode of SmackDown Live before Summerslam, but it looks like they’re getting plenty of attention on the IWC right now.