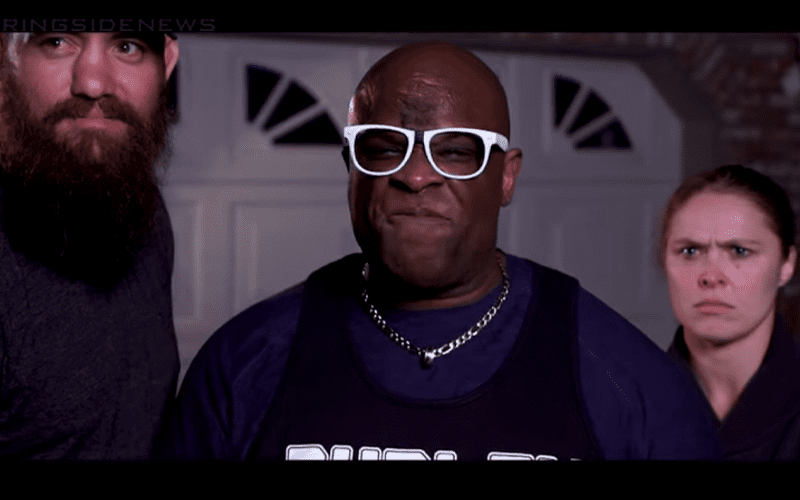 Tables have been taking abuse for far too long, and now it’s time for them to get even.

The Baddest Woman On The Planet recently uploaded a mock trailer for a movie that isn’t happening, but we really wish it was. Because “Tables” would be an excellent concept.

Ronda Rousey, with the help of D-Von Dudley and Travis Browne fight tables in this new trailer. It’s shot with amazing quality and they certainly pulled off some major acting chops in the process. Paige also has a cameo in this trailer. Perhaps her cameo would have been longer if she didn’t spend so much time vomiting on Browsey Acres.

You can check this trailer out below. Because in this version of a horror story, people don’t go through tables because the tables go through them.