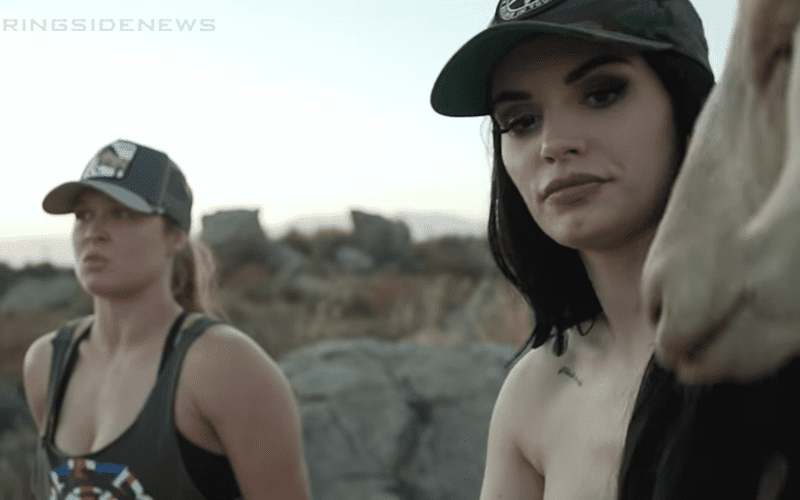 Ronda Rousey recently had Paige on her farm Browsey Acres where they walked with goats and had some deep discussions. That sounds interesting, but before they could even get shooting Paige had quite an experience.

Rousey led Paige around with a bunch of goats and explained goat pack mentality while the first-ever NXT Women’s Champion held a Miller Lite in her hand. It didn’t look like Paige does much hiking.

Finally the two were able to take a seat and they had quite a view. Rousey spoke about witnessing a fire and how the LA Fire Department were able to attack the flames in the dry climate. She said “people just set sh*t on fire. I don’t know, people just want to feel powerful because they can light a match and set 100,000 acres on fire.”

Then Paige told a story about something that happened earlier in the day that was quite interesting. Apparently, when she showed up to Browsey Acres that day it was so hot that after walking around for a while, she started “projectile vomiting.” Then Rousey explained whey she just had to take pictures of Paige right afterward because she looked so good.

All of that is just the first five minutes of the twenty minute video. They go on to discuss eating and staying in shape. Paige then said there’s a certain point where they can stop caring about what people think as long as they’re healthy.

They walked with goats some more as the sun went down on Browsey Acres. The two seemed to have a good time and they had a couple of really good discussions. You can check out the video below or click here if you have trouble viewing the video.