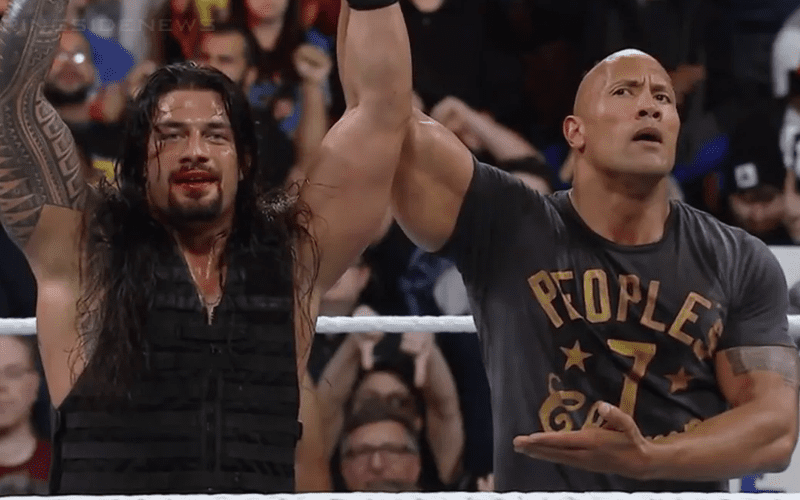 WWE gave their Network a big face lift, but not all of the pay-per-views apparently made it. Because one recent Royal Rumble is missing from the list.

The 2015 Royal Rumble event is not on the WWE Network anymore. This is very interesting and seems deliberate. If it’s just a matter of human error, then hopefully, this error will be fixed soon.

It has been suggested that WWE might have decided not to include the 2015 Royal Rumble due to how Roman Reigns got booed out of the building. Even The Rock couldn’t save Roman Reigns from the unforgiving Philadelphia crowd.

If you’d like to check that pay-per-view out, then it makes it much harder if it’s not on the WWE Network. This is yet another example that Vince McMahon’s company controls their own history.

We’ll have to wait and see whether this pay-per-view pops up now. It might also be interesting to see how other events might be altered or missing as fans begin to explore the new layout.

Update: Apparently, this is just a glitch on certain platforms at this time. The PC being one of them.