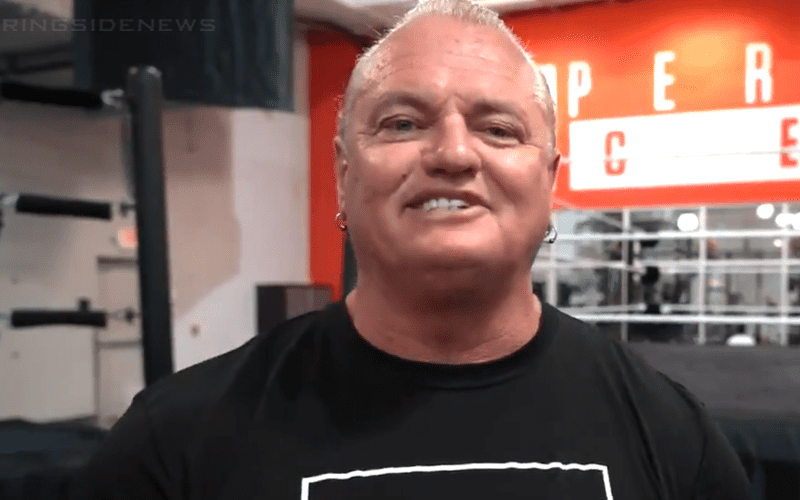 Gangrel has been the Vampire Warrior for decades, but when he stepped into the WWE Performance Center for a guest coaching gig it looks like he lost the fangs.

The former Brood member has been synonymous with vampire culture for years. The shoot vampire is guest coaching at the WWE Performance Center and as he spoke about how much he enjoyed training people in the art of pro wrestling he was missing his trademark teeth.

He still has pearly white teeth, but you’ll notice that his fangs are no more. David Heath aka Gangrel also runs Gangrel’s Wrestling Asylum so he’s always busy training a new class of wrestlers. He even helped train Vanessa Bourne and Rusev before they came to WWE.

Gangrel might be a great addition to the WWE Performance Center’s coaching staff. Because he certainly knows a lot about how to make a character work in the ring. Gangrel caused a lot of sleepless nights for kids all over the WWE Universe back in the day as he convinced them that vampires are real.