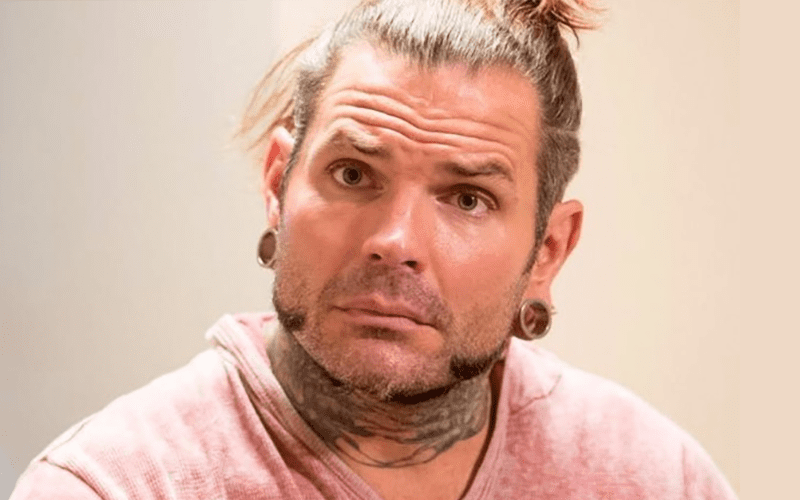 Jeff Hardy needed to have knee reconstruction surgery after suffering an injury at a house show on April 20th. This injury was blamed on an attack from Lars Sullivan, but that was just a means to carry on a storyline that WWE had at the time. Then Sullivan himself needed to be sidelined due to an injury.

Fightful Select reports that Jeff Hardy’s current return date is actually slated for this year, but he won’t make the SmackDown debut on Fox. Instead, he will be one month late as he is expected to make a return in early November.

Jeff Hardy, who has been sidelined with knee issues, is also listed to return on November 2.

Hopefully, Jeff Hardy can return and pick things back up with his brother Matt. Because since Jeff was taken out of action, WWE hasn’t done much of anything with Matt Hardy except to have him unsuccessfully chase the WWE 24/7 Title backstage. They were tag team champs when Jeff was taken out of action, but due to his injury they didn’t even get to defend the titles at all.