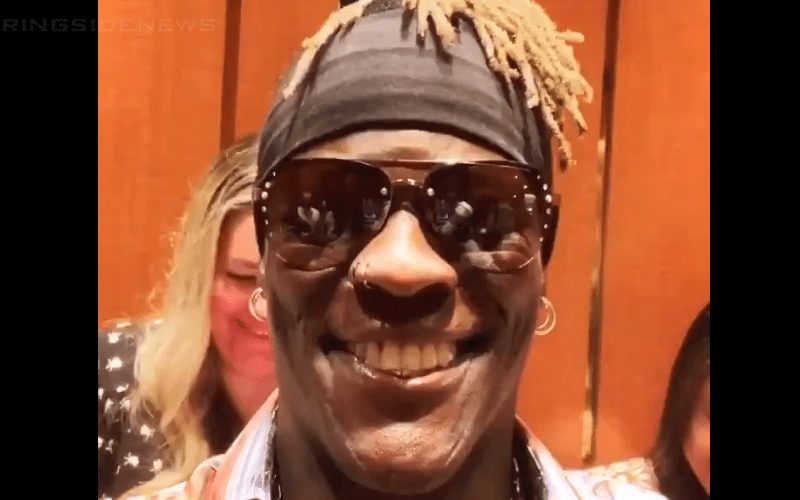 R-Truth and Carmella have been through a lot, but now they are getting some extra time to be close. Because the two are stuck in an elevator. They aren’t the only ones stuck in this elevator either which makes things even more interesting.

Truth recorded a video and the only caption that he wrote was “I have gas.” Then he proceeded to tag Carmella and use some helpful hashtags to make sure the IWC sees his tweet.

When he said “I have gas” on the video, Carmella let out one of her trademark laughs as well. So at least she finds it humorous.

Let’s hope that they are able to escape the elevator before Truth lets something else escape from his own body. It might be gross, but it’s just nature, right?

It looks like R-Truth isn’t letting the fact that he lost the WWE 24/7 Title last night on Raw get to him. Because he had a big smile on his face. Then again, maybe it was just the gas causing it.