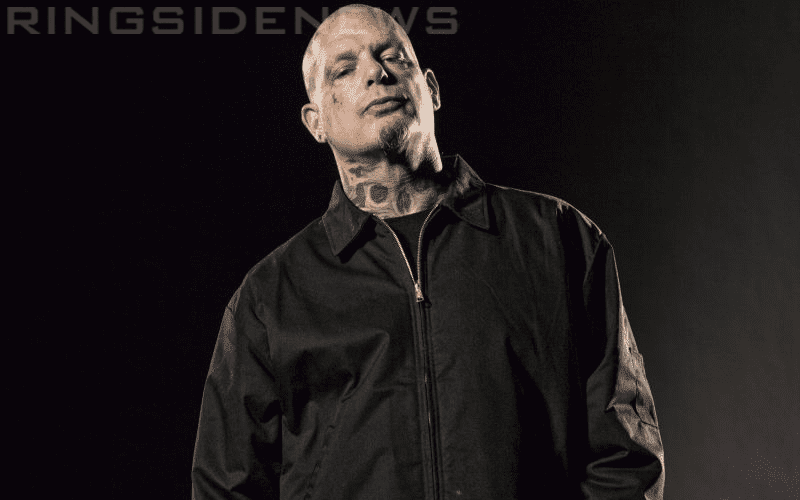 Pro wrestling can be a wild business, especially when you’re on top. Vampiro found himself as a top babyface in Mexico in his early 20’s and he was one of the biggest names in the business with very little pro wrestling training.

The ladies loved Vampiro’s rock star look and he loved the crazy life. However, over 30 years later he realizes how lucky he is to have made it out of that situation alive.

Vampiro told Sitting Ringside that the company hired Norman Smiley to come in to watch him and make sure that he stayed safe. At this stage in his career, Vampiro has no issues admitting to the crazy lifestyle of partying, drugs, and girls. Only now he talks about it in a way to hopefully encourage a future generation to learn from his mistakes.

“The only reason I talk about sleeping pills and all that kind of stuff is because I don’t hide from it and all these young kids coming into this horribly politically bullsh*t cliquey business the way it is now, I mean I’m trying to tell ya I did it and I fell from grace, but I also beat it.”

“I’m also very grateful for that because as you know our generation, half of the guys aren’t here anymore. So I don’t try to sugarcoat it and if you try to say it, ‘Yeah, I f*cked up, of course I did, I mean wouldn’t you?'”

Vampiro said when he was at his lowest and after having “overdoses and all these things” that he asked God for help and he believes that was able to pull him through. He said that his life “for about 10 years” was handing Norman Smiley his keys and his wallet after drinking a case of beer and taking “a lot of things” and just telling Smiley to make sure that he makes it home okay.

Thankfully, Vampiro was able to survive his crazy days in Mexico as a top star. He achieved fame incredibly early in his career, but now it is about informing others so they don’t make the same mistakes that he did. Because he really is one of the lucky ones after so many pro wrestlers from his day were unable to survive the wild lifestyle.