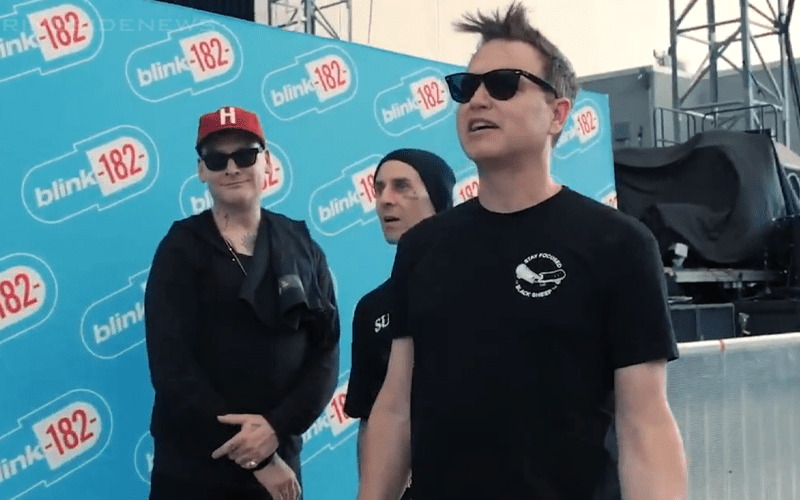 Joey Janela has a big match set for AEW’s All Out event, but recently he also got in an impromptu fight with Enzo Amore at a Blink-182 concert. Obviously the iconic pop punk bank heard this news and they’re totally in on the joke.

Janela will take on Darby Allin and Jimmy Havoc at All Out in what could be an incredibly wild match. All three of those guys are known for taking risks so let’s hope they make good decisions during this match and don’t kill each other before AEW’s TNT show starts.

All three men were spotted brawling at Daily’s Place, but it wasn’t set up for an AEW show. Instead, they were preparing for a Blink-182 concert. When the camera panned over and Mark Hoppus said: “Again Janela, what the f*ck,” it was just the cherry on top.

Interesting enough, Blink-182 also got some references during Fyter Fest because they were the band that pulled out of Fyre Fest so they got mentioned as part of the parody.

Perhaps this will create an incentive for people to start fights at Blink-182 concerts? At least pro wrestlers seem to be clear to have unsanctioned bouts on the property.