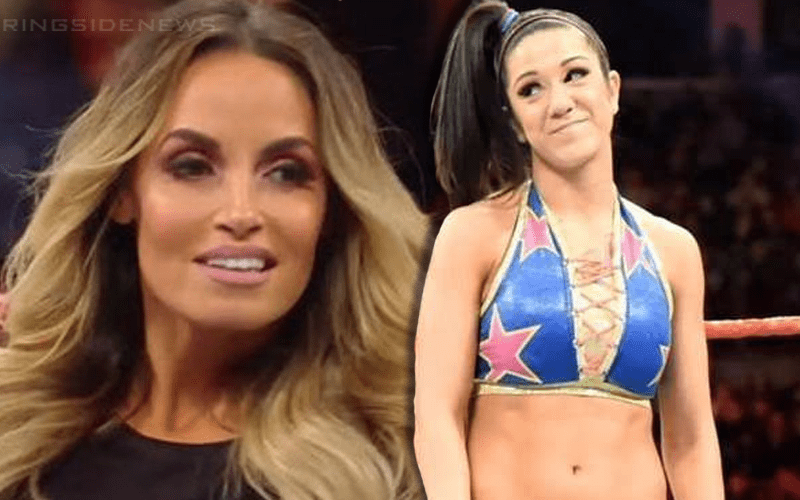 Bayley is looking for the best competition possible as SmackDown Women’s Champion. Now she has her eyes set on WWE Hall Of Famer Trish Stratus.

It’s almost a shame that Bayley already picked her opponent for Summerslam in Ember Moon. Because if she would have known Trish Stratus was going to show up then she might have waited until Tuesday to pick her Summerslam opponent.

Bayley tweeted out: “Trish, would you like to have a SD women’s championship match with me?” as a reply to WWE’s announcement that both Trish Stratus and Jerry Lawler will be on SmackDown Live next week.

Trish Stratus hasn’t replied to Bayley’s invitation for a match, but she knows where to find Bayley on SmackDown Live if she wants to answer her in person. Of course, the more likely opponent for Trish Stratus will be Charlotte Flair as the two are reportedly locked into a match in Toronto on August 11th at Summerslam.