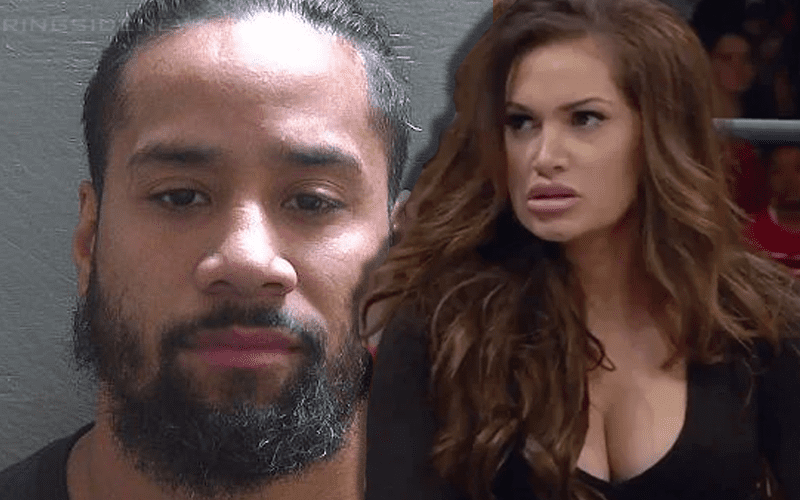 WWE Superstar Jimmy Uso was recently arrested and charged with a DUI and given a speeding ticket. Some people have seen this as the serious situation that it is, but others might not be too quick to judge.

Some fans have reacted to this situation by saying that Jimmy Uso should get a pass because he’s a top Superstar in WWE. True, The Usos are amazing in the ring, but it’s what is going on outside the ring that is the issue.

Reby Hardy heard this opinion that some people are trying to excuse Jimmy Uso’s actions and she responded back that there should be accountability despite how great Uce might be in the ring. Although she didn’t call Jimmy Uso out by name, we can safely assume she was commenting on the situation.

To the fans downplaying performers’ shitty life choices because of their talent/contributions to the biz: You’re part of the problem. These guys already think they can do no wrong & you’re proving them “right” by reinforcing an inaccurate & toxic mindset. HOLD PEOPLE ACCOUNTABLE.

Hopefully, Jimmy Uso never has another incident like this again, but it might mean he needs to make some honest changes as well. It doesn’t seem to change Reby Hardy’s thoughts on the matter because to her pro wrestlers can do wrong just like anybody else.