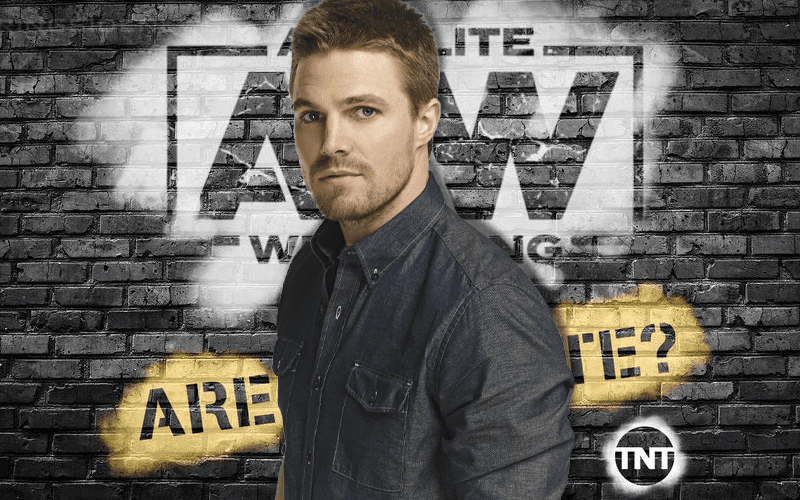 Stephen Amell will soon be out of work as Arrow is not coming back. However, he always has a home with All Elite Wrestling.

TV’s Arrow had a chance to wrestle with The Elite at All In and when TV Guide asked the AEW EVPs and Tony Khan if Stephen Amell could end up in AEW, Cody had a very positive response.

Nick Jackson said “if it’s on Wikipedia, then it’s true” to which Cody had an interesting follow-up.

“Stephen is a wrestler so absolutely I think that when the time comes if Stephen wants a home to return to ever wants to get back in the ring. We’re ready for it. We’ve got ideas in case he wants to show up.”

“He’s watched every second of what we’ve done and commented on it so far. So I wait for the day.”

Matt Jackson said: “He just can’t break his rib again,” so if Amell can stick to that guideline then it sounds like he could be good to go in AEW.

They were then informed that TV Guide will be speaking to Stephen Amell next week and they offered to relay a message. Cody just wanted to make sure that Arrow knows that he always has a home in AEW.