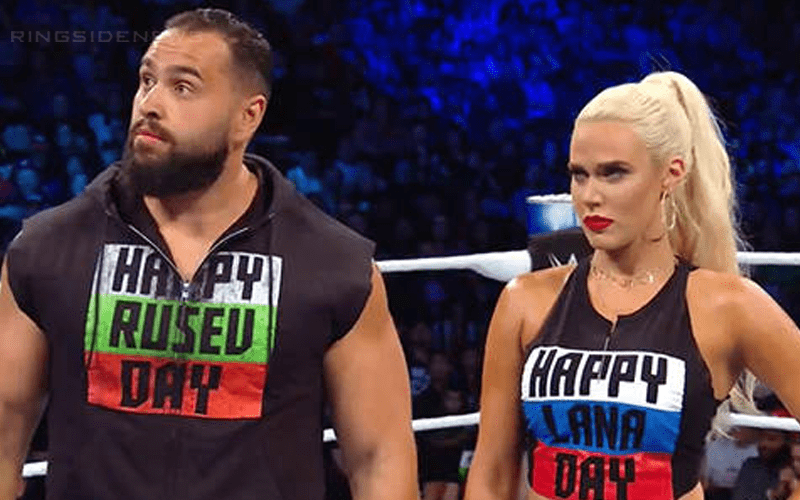 The WWE Performance Center has been the location for many pro wrestling relationships to blossom. Rusev and Lana are no exception as Dusty Rhodes played matchmaker.

While speaking to At Cafe, Rusev revealed how he and Lana first started dating. They were not a couple at all until Dusty Rhodes suggested that they partner up if they want to be successful. Because Lana could speak Russian and it just worked in the ring. As it turns out, this worked out on a personal level as well.

“We met after moving with WWE from Tampa to Orlando. We met the first day when everybody is introduced to one another. That’s when I met Lana. She didn’t even remember me [that time] because you’re meeting hundreds people on a single day.

“The following day I saw her at the solarium, we introduced ourselves to each other and we started talking. Everyday we trained different things and [aspects of pro-wrestling]. One of these training days is about microphone work and [performance]. She spoke perfect Russian because she used to live in Latvia for twelve years. Our trainer [Dusty Rhodes] was amazed by that, by her perfect English and perfect Russian. I was slowly heading up the ranks and he said ‘If you want to get the most [out of your future career] you need to work together’ and that’s how [our relationship] started. Slowly from just talking on purely wrestling topics, by spending more time together, love happened.”

We will just have to wait and see when Rusev will make a return to WWE. He seems to be taking a little hiatus from the company right now and Lana hasn’t been seen much either.

You never know if someone might have a new idea for them soon enough, but at least Rusev and Lana will be together even if they’re not appearing on television.

Thanks to Wrestling Inc for the translation