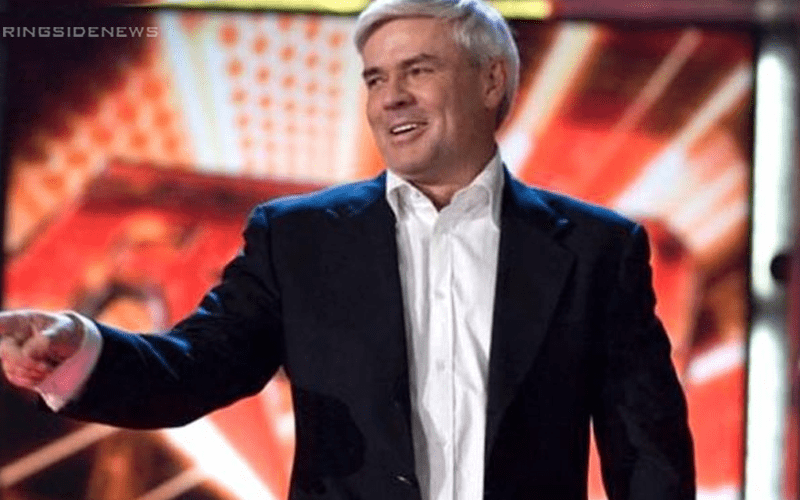 Eric Bischoff is just starting his new position with WWE. This is going to include a lot of likely changes eventually, but we can’t expect everything to happen all at once.

We previously reported that Bischoff had a very minimal influence on the SmackDown show this week. In fact, he didn’t really do much, but that will change.

Mike Johnson reported on PW Insider Elite audio that Easy E was at SmackDown yesterday and sat in on production meetings that he did not lead. It will be a slow process, but slow and steady is rumored to win the race.

“Eric Bischoff was at the SmackDown taping in Miami. He was there, he sat in on production meetings. I was told Eric wasn’t leading the meetings, he was there. He more or less was just observing and taking it all in and is going to begin the process of morphing into the Executive Director of SmackDown.”

This will be a very slow start for Bischoff, but that’s not a bad thing at all. The fact that it is a slow transition means that Bischoff’s new role is being taken very seriously and he will eventually have a bigger handle on the entire situation.