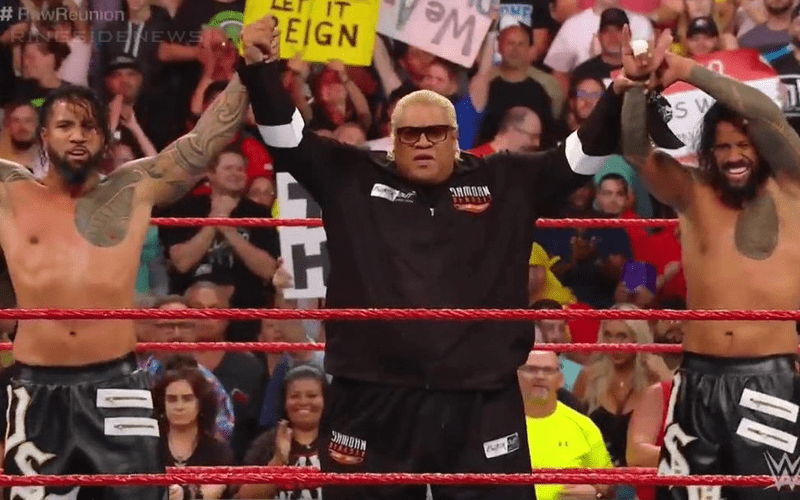 The Raw Reunion featured a few cool moments including The Usos getting to share the ring with their WWE Hall Of Famer father Rikishi. However, the former Too Cool member was greatly limited in the ring.

Rikishi stood outside the ring and watched his twin sons beat The Revival instead of getting involved in the match. However, as Dave Meltzer reported on Wrestling Observer Radio, there were plans to use Rikishi, but he wasn’t cleared.

WWE must be getting really careful when it comes to issuing medical clearance when someone can’t even get medical approval to shove someone’s head up their own butt. That’s apparently, what happened. So instead, The Usos just won their match and got to celebrate with their father in the ring instead.