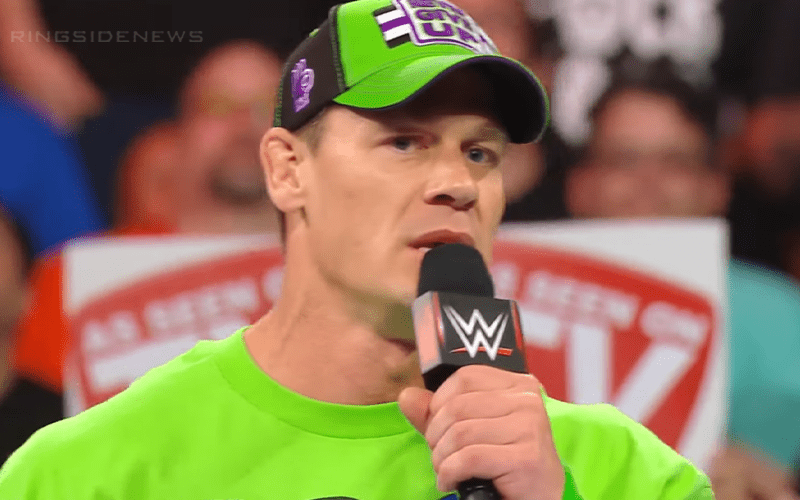 John Cena showed up at the Raw Reunion, but he couldn’t stay long. At least he got to open the show.

Vince McMahon wanted Cena to pop the crowd and he provided a nice rundown of what fans could expect to see. Then The Usos came out and started a little battle rap with him that included Cena insulting their DUI arrests.

PW Insider noted that John Cena didn’t stay long at all after his segment was over. Typically, Superstars stay until the end of the show, but there was obviously a special exception made for Cena last night.

“One name who wasn’t there at the end was John Cena, which makes me think he showed up to do his segment and was out the door. “

This is very interesting, but obviously having Cena on the show early and then letting him leave is better than him not being on television at all. WWE didn’t advertise him for the show either. So it was a big surprise for fans who didn’t listen to previous reports saying he’d be there.