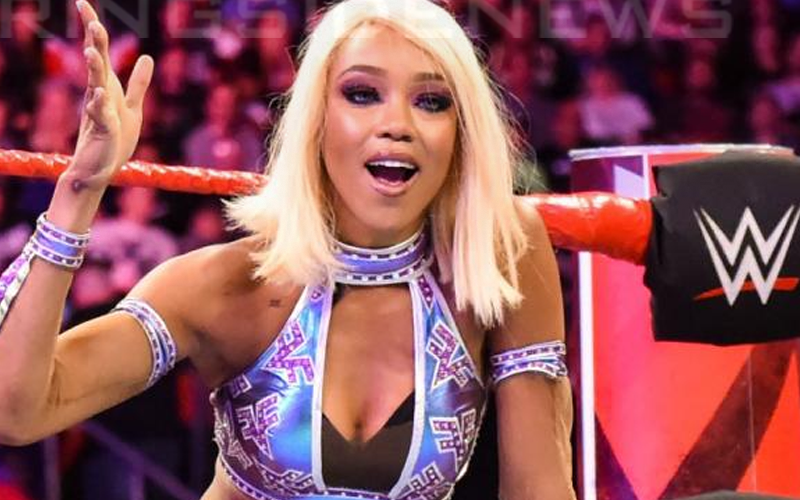 Alicia Fox hasn’t wrestled since April 29th, 2019. She was in a tag team match with Tamina vs The IIconics which she lost and she hasn’t competed since. Then she showed up last night at the Raw Reunion and was called a legend.

Dave Meltzer noted on Wrestling Observer Radio that Fox’s current status with WWE could very well be a legend now. She hasn’t wrestled in months so the company might have quietly moved her over to the legends category.

“Evidently, Alicia Fox is no longer an active wrestler. She was in every segment. I mean she hasn’t wrestled in months but they never formally released her.”

“So maybe the idea is because they never release anyone, so I guess the idea maybe is that she’s not going to wrestle anymore but she’s still under contract. She was very clearly not a member of the active roster. She was out there at the end of the show on the ramp with only the legends. She was a legend here on this show.”

This is interesting because Alicia Fox is still listed as a Raw Superstar on her profile page on WWE’s official website. However, she played the role of a returning legend and was right there in the ring as Steve Austin closed the show with a big beer bash which might not have been the best place for her to be in considering her history of alcohol in the ring.