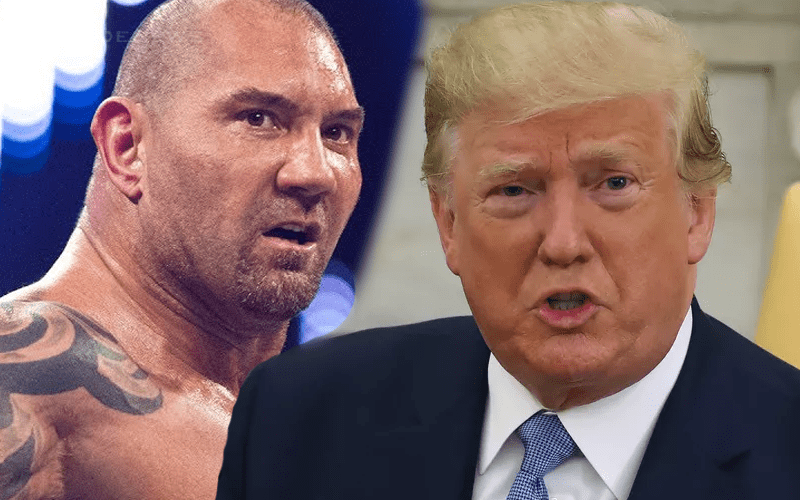 Batista is not a big fan of the current President Of The United States. We try really hard not to get political here at Ringside News, so here we go.

The Animal was recently asked by SI who he would like to powerbomb in the ring. He said it was an easy answer as he explained that he would love to powerbomb Donald Trump.

Batista was asked if that answer was “locked and loaded” and he confirmed that there is nobody he would rather powerbomb than Trump. So there you have it, now that he’s done Batista Bombing wrestlers in the ring he wouldn’t mind moving into the political arena next to deliver some punishment.