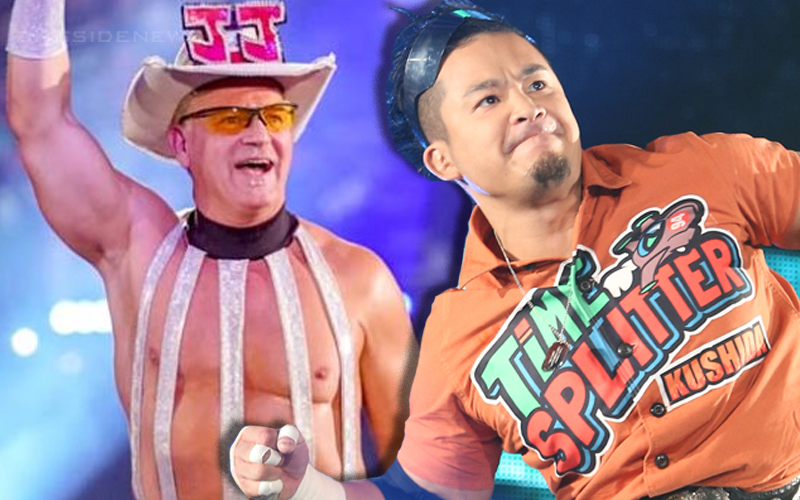 Jeff Jarrett might be a backstage producer in WWE and could have his hands in some of the character development, but he’s still Double J. He recently had to pull out of an event, but an NXT Superstar took his place.

Jarrett has yet to fully retire from in-ring competition, but he recently had to pull out of an ICW event. Lucky for him WWE helped him find a replacement in Kushida.

Double J will be unable to wrestle at the ICW show on Saturday, but Kushida will be replacing him. This is a pretty good trade.

ICW had previously announced that Jeff Jarrett would be unable to take part in this event by calling this situation “unforeseen circumstances.” Perhaps this event was okay for Jarrett until WWE turned a house show into a WWE Network special as this July 27th show shares the same date as Smackville.