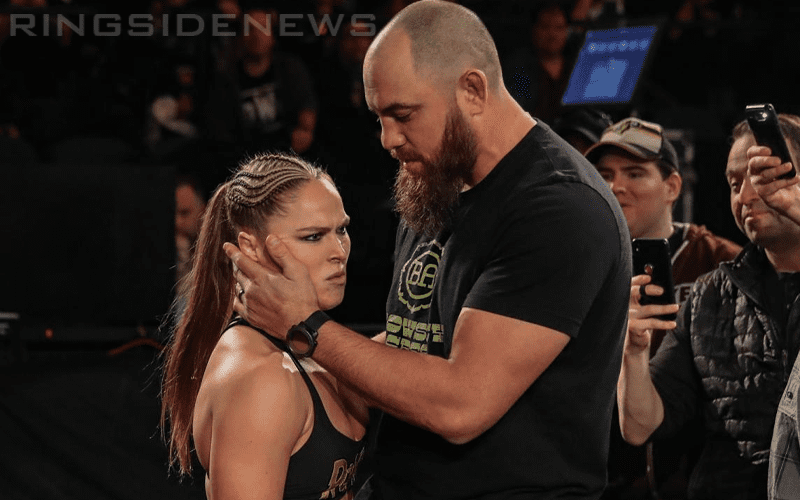 WWE lost Ronda Rousey after a year of full-time service from the Baddest Woman On The Planet, but they had other ideas for her as well. We’re not saying that these things couldn’t still happen, but they are apparently nixed for now.

Bryan Alvarez noted on Wrestling Observer Live that one of the ideas WWE had for Ronda Rousey was for her to eventually team up with her husband Travis Browne and bring that real-life marriage to the ring for some kind of mixed tag team action.

“Travis Browne has trained at the Performance Center and I’m sure that they were thinking if she sticks around then we can do a mixed tag with her and her and Travis Browne against two heels. She didn’t stick around so there’s nothing going forward, but that was one of the ideas they had.”

Perhaps if Ronda Rousey decides to come back then one of the contributing factors could be that Travis Browne gets to come along as well. If Rousey returned to face Becky Lynch that seems to set up a perfect mixed tag opportunity with Seth Rollins in the picture. Of course, that is all wishful thinking, but it also makes a ton of sense at this point.