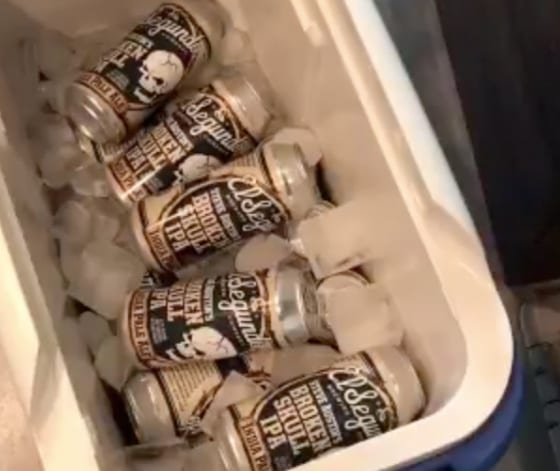 When you invite Stone Cold Steve Austin to attend a special episode of Monday Night RAW, you’d best believe that he is going to be bringing some beverages with him.

It’s been a while since we’ve seen Austin on WWE television mainly because, at this stage, he doesn’t really need to be there. The Texas Rattlesnake is happy with the direction that his life in going in right now, and who are we to challenge that?

The ship has certainly sailed on him having one last match, or at least so it seems, meaning that these one off appearances are important for fans who want to see him back inside the squared circle.

We aren’t expecting Steve to get too physical in the ring, but even if he does decide to, we can’t really think of any high level heels that’d be great to go against him in a segment – although Shane McMahon could be a fun one.

It seems like he’s going to be making a weekend out of it by heading to Tampa early, as the Florida city prepares for an influx of old school legends to attend the show.

Fans will get a feel for what it’s going to be like when WrestleMania week invades Tampa next year, with WM36 being confirmed to take place there a few months ago.

One of the biggest questions of all, of course, is this: just how many beers is Stone Cold Steve Austin going to consume on live television?