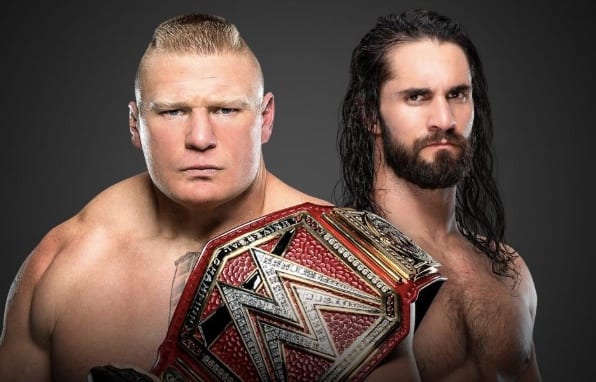 As seen on Sky Bet, the early betting odds for Brock Lesnar vs Seth Rollins at WWE SummerSlam have been released.

Brock and Seth have been battling back and forth for months now, dating back to WrestleMania 35 when Seth beat The Beast Incarnate in quick fashion to capture the Universal Championship.

Of course, as we all know, Lesnar was able to win the Money in the Bank ladder match a while back – and proceeded to cash in the briefcase on The Architect at Extreme Rules. As the graphic indicates, he was able to win back the belt.

The odds are currently in the favour of the champion, with Brock Lesnar being the 1/2 favourite to retain his title. Rollins, on the other hand, is a 6/4 underdog.

The tides can turn so quickly in WWE, to the point where it’s almost pointless to try and guess what is going to happen next. Seth clearly showcased a lot of passion and heart on Monday night after winning the Battle Royal to earn his rematch, but even so, many fans aren’t going to be too pleased about the idea of either man winning the championship.

Rollins is obviously the preference but he didn’t exactly light the world on fire during his run with the title, whereas with Brock, quite literally any other alternative is favoured by the WWE Universe due to the fact that he will almost certainly hold the title hostage in the next few months.

Who will come out on top? Only time will tell.