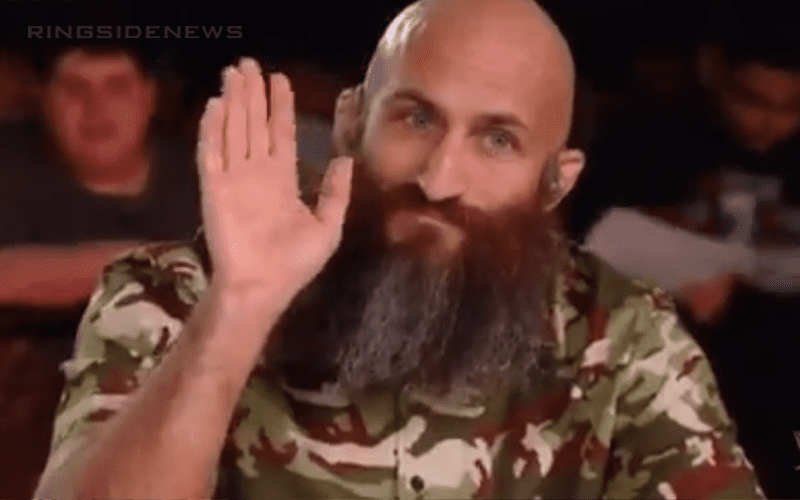 Tommaso Ciampa is currently out of action as he deals with a neck injury. He is doing very well with his progress and was cleared for non-contact activity before NXT TakeOver: XXV. He hasn’t stepped in the ring yet for any actual bumps though.

While speaking to Sports Illustrated, Tommaso Ciampa provided a bit of a spoiler about which brand he will be returning to. Even though Ciampa made his main roster debut just before his injury, he’s not returning to either Raw nor SmackDown Live.

“I don’t know if people think I’m going to Raw or SmackDown, but here’s a spoiler– I’m not. I’m going to NXT. If somebody tries to tell me anything else, I’m answering them with a no.”

This is great news for NXT fans. Tommaso Ciampa will most likely get a main roster call-up, but at least he will get to take care of some unfinished business in NXT first.