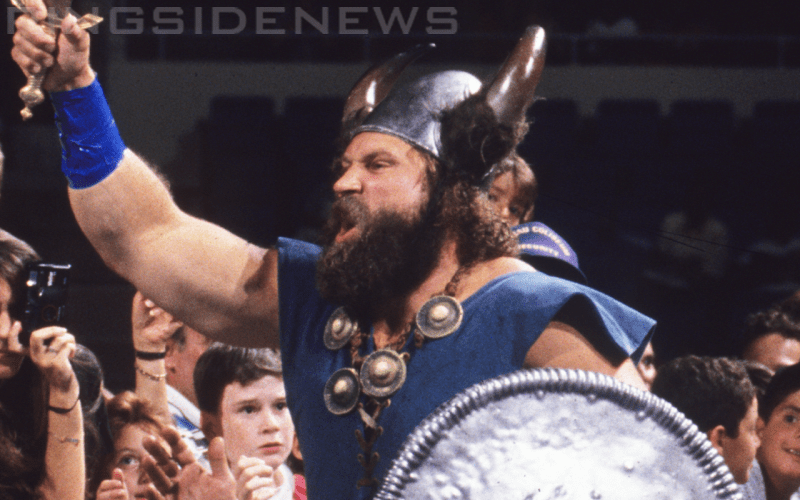 Pro wrestlers have lives after WWE and sometimes they don’t make the best decisions. This is apparently the case for The Berzerker who also used to wrestle in WCW as his real name John Nord.

We previously reported that John Nord aka The Berzerker was popped with a DUI which isn’t a good look. Because he had a series of arrests of this nature under his belt already.

The Minnesota Star-Tribune reports that Berzerker was sentenced yesterday and given 5 years probation. He is also to be placed on restrictive housing and he is banned from driving in any shape, form, or fashion.

Berzerker has been arrested for SEVEN DUIs in the past few years and court records stated there were 16 incidents where authorities charged Nord with either a felony or misdemeanor over the past 10 years. Yikes.

During his most recent trial stemming from the March DUI arrest, the prosecution argued that John Nord: “Represents a significant public safety threat.”  The defense stated that Nord has ALS and he uses a lot of painkillers because of that. Also, due to his illness he must receive constant treatment and he will eventually need to reside in an assisted living facility.

Before handing down his decision, Judge Jay Quam said, “Life has handed you a lot of special things  On the other hand, it’s taken away a lot of what makes you you.”

We’re hoping for the best, but if The Berzerker makes any more conventions then you know he’s not driving to them.