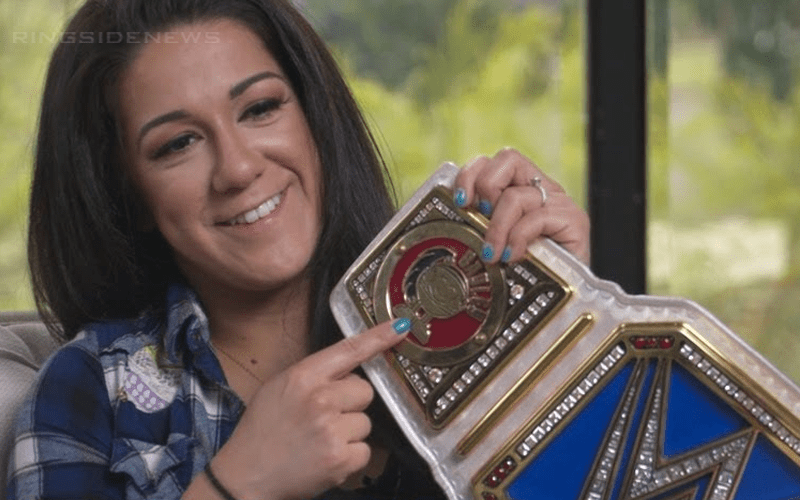 WWE has made a lot of changes since WrestleMania, but pushing Bayley upon her move to SmackDown Live was seen as one of the biggest. As it turns out, WWE had planned this all along.

Bryan Alvarez made a joke on Wrestling Observer Radio that if someone leaves WWE or takes a hiatus then their tag team partner is certain to get a push. This has been the case with Shinsuke Nakamura and Bayley after Rusev and Sasha Banks took breaks from the company. However, that might not be entirely the reasoning.

Dave Meltzer noted that Bayley’s push was planned all along. Therefore, WWE intended on splitting The Boss n Hug Connection up to give Bayley a big push on the blue brand.

This is good to know to a certain extent, but we still can’t help but wonder what WWE’s plans might have been for Sasha Banks had she decided to stick it out after WrestleMania and not her months-long sabbatical.