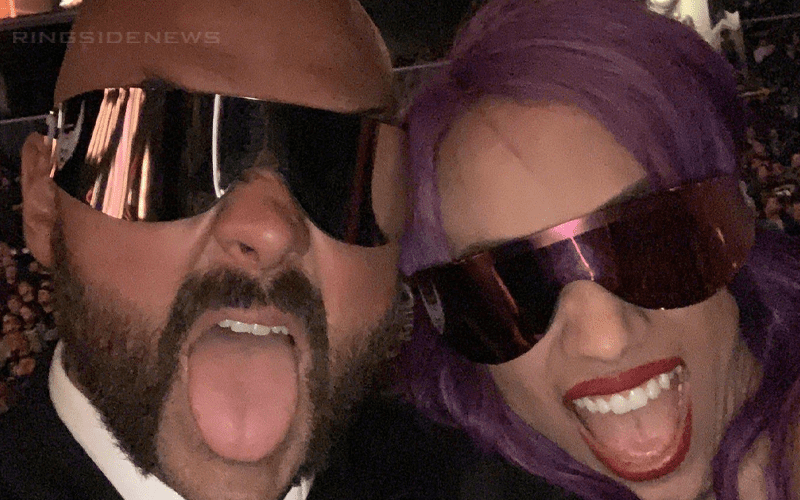 Sasha Banks didn’t appear on television last night at Extreme Rules. However, she was certainly missed.

After The Revival and Bayley retained their titles at Extreme Rules, they took a picture backstage with their belts. It was a great picture, but if you ask Scott Dawson, they were missing someone in that photo.

Sasha Banks and Bayley took a photo with The Revival when they were all four champions months ago, then Banks took a hiatus from WWE. She has yet to make her return to the ring, but Dawson obviously missed her as he commented: “Only missing one…”

We’re not sure if Sasha Banks has seen this photo online yet or Dawson’s comment. She hasn’t liked any WWE related tweets in a while, but she has liked several tweets featuring Japanese wrestling. Hopefully, she’s able to make a return soon enough because WWE could essentially keep her under contract forever if she doesn’t return.