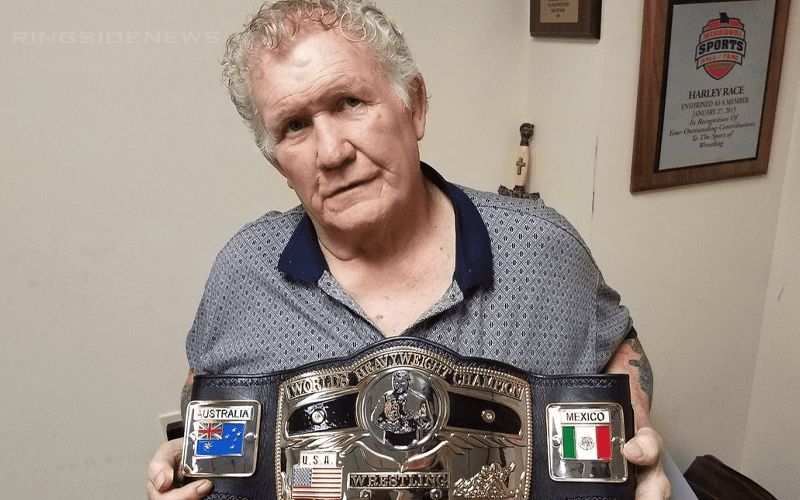 We have very sad news because WWE Hall Of Famer and absolute pro wrestling legend Harley Race is currently hospitalized. He is 76-years-old.

PW Insider reports that Harley Race has been battling lung cancer and he was scheduled to appear at the Knoxville Fan Expo this weekend. However, he “showed some signs” that he needed to be checked into a hospital. So that is what happened.

Race’s Twitter account says they will be able to provide an update later on. We are wishing him the best.