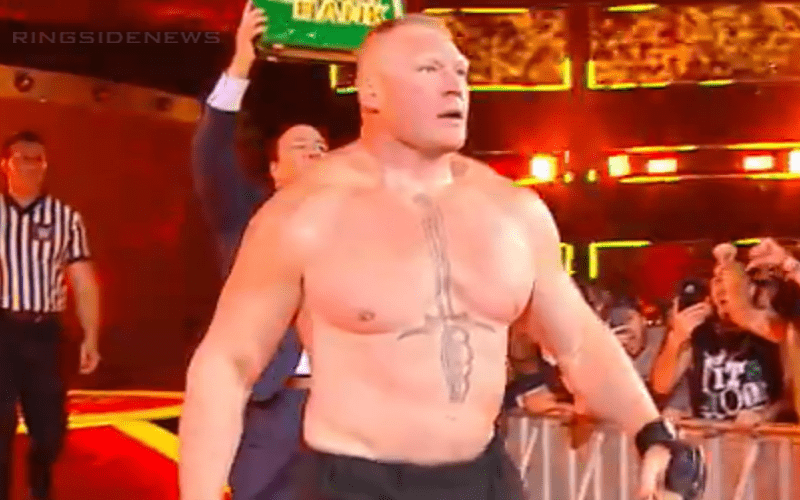 WWE Extreme Rules ended with Brock Lesnar’s music breaking out and after a very short match that technically consisted of one move, The Beast Incarnate was the new WWE Universal Champion.

This marks Brock Lesnar’s third reign as WWE Universal Champion. The move was a bit surprising, but we kind of saw it coming. If you were backstage, there was a reason why you didn’t see Lesnar though, because as Brad Shepard reported before the Extreme Rules event, they were keeping Brock very closely guarded and away from everyone.

According to a source in #WWE, Brock Lesnar is backstage (staying quietly in a room).

Now Brock Lesnar is Universal Champion once again and it looks like we have a part-time champion on the red brand as well. WWE did a pretty good job hiding Lesnar backstage because nobody could report that he was absolutely at the Wells Fargo Arena in Philly (except Shepard) because they were keeping The Beast Incarnate tucked away in a back room.