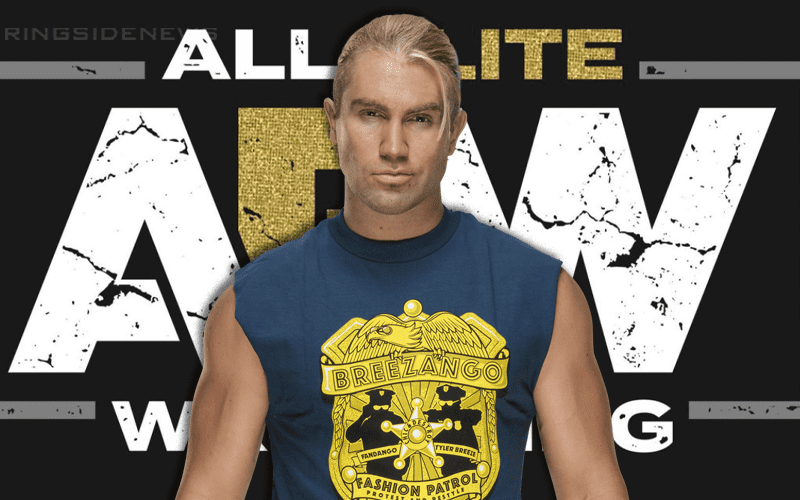 WWE Extreme Rules was a very exciting night of WWE action and they were able to wrap things up at a reasonable time as well. However, some fans weren’t happy about the fact that Finn Balor and Shinsuke Nakamura’s IC Title match was on the kickoff show.

Tyler Breeze heard the smack talking about the Extreme Rules card order and he just had to comment. He said that it shouldn’t matter where the match is as long as it’s a good one. After all, Finn Balor and Shinsuke Nakamura really did deliver.

I don’t know why people get disappointed when a good match is on the pre show. I would put an awesome match on preshow to not only give it more time but also to entice people to stick around for the main show.

One fan came back and made a solid argument that putting the IC Title match on the kickoff show was a short-sighted idea. Then Tyler Breeze replied saying: “I guess they should both quit then?”

Then another fan replied with a rather controversial observation as he seemed to change the subject a little bit while still remaining in the conversation: “I think his nonsense is part of the new defend the company thing they’re supposed to have going on social media now with AEW coming.”

Tyler Breeze didn’t avoid this subject at all. In fact, he might have answered a question we had about WWE telling their Superstars not to mention AEW and defend their own company.

Tyler Breeze isn’t retired as he and Fandango are now back in NXT. They are having a good time with the Fashion Police’s reunion as well.

However, if we are to read Prince Pretty’s broken words it seems that he is implying that WWE hasn’t sent out a memo about defending the company against the invasion of an AEW mindset.