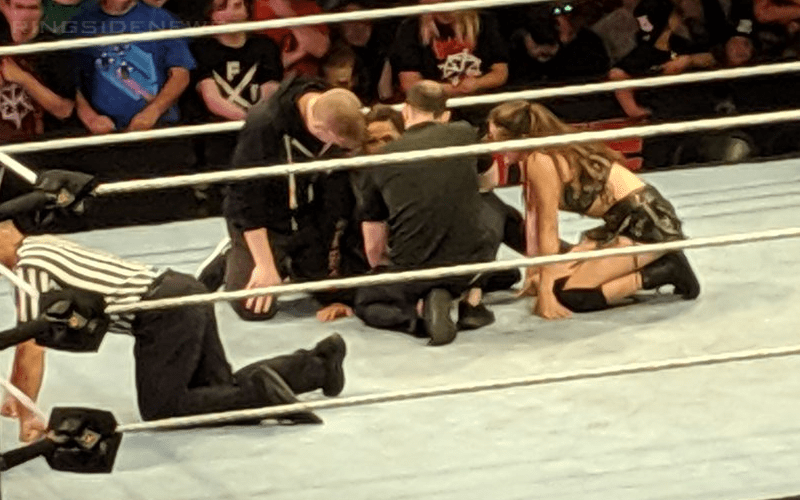 You never know what can happen in a pro wrestling ring and that was very much the case for Tamina Snuka at last night’s WWE house show.

Tamina was in a match that was going just fine when WWE took their show to Augusta, ME, however, things did not turn out as planned. Tamina and Sarah Logan faced Naomi and Dana Brooke during the night, but . Tamina took a knee to the head from Naomi and it knocked her out cold.

Ringside medics were able to get to her quickly, and after staying down for several minutes Tamina was able to walk off on her own. However, that doesn’t make this situation any less concerning.

It is unfortunate when this kind of thing happens. You can’t really blame anyone because mistakes like this just happen in pro wrestling. Thankfully, she seems to be okay.