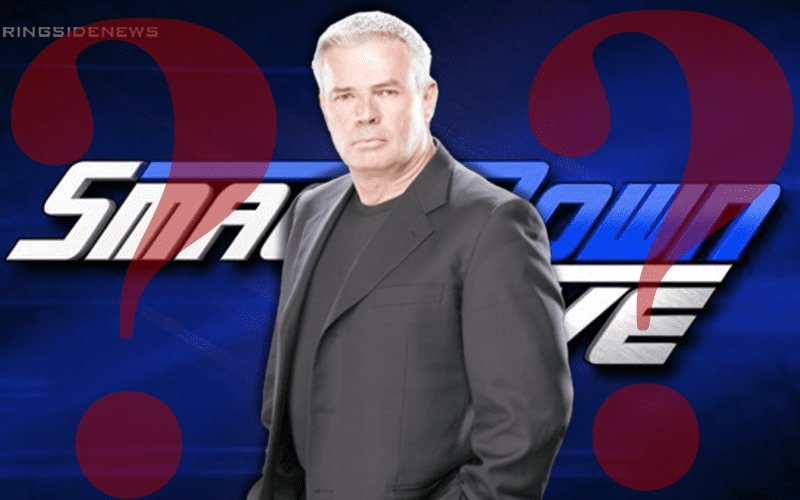 WWE is getting ready for the Eric Bischoff Era of SmackDown Live, but he needs to start his new job first. So far he hasn’t shown up to any WWE show since accepting the new job, but that’s about to change.

Dave Meltzer noted on Wrestling Observer Radio that although Easy E’s job isn’t officially starting until after Extreme Rules that there were some people backstage at the blue brand wondering where their new Executive Director was.

“There was definitely people asking questions [at SmackDown] about Eric [Bischoff] not being there just figuring that he should make it. Even though he doesn’t start until this week that he should just you know be there a week early. It does make sense to do that, but you know, there you go. I don’t know the decision was why he wouldn’t be there.”

Bischoff tweeted out this morning that they are starting their big move to Stamford this morning. They have nearly 2,000 miles to travel, but Bischoff likes seeing the country on road trips.

Hopefully, fans will start to see a difference on SmackDown Live soon enough. Bischoff needs to bring some creative ideas to the table. However, it’s also important to never forget that everything is ultimately up to Vince McMahon.