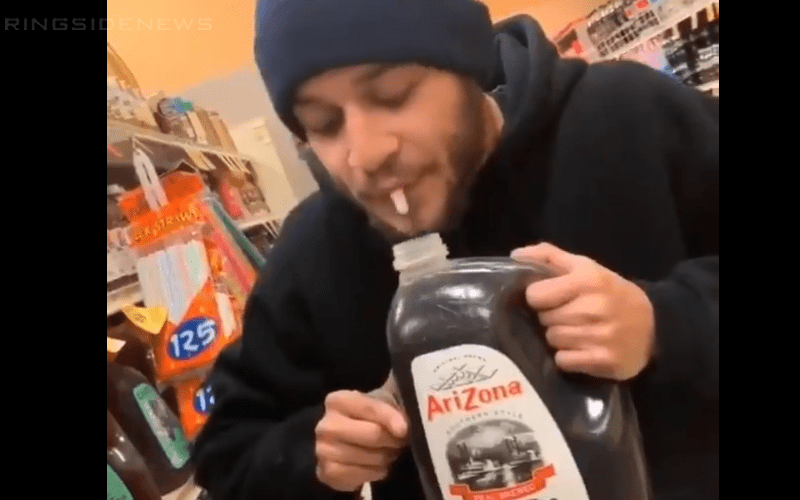 There is a disgusting trend going around the internet and we would like it to stop immediately. Because for some reason idiots are making it so that regular people don’t feel safe even shopping for food anymore. They are opening ice cream and licking it and then putting it back on the shelf or taking a swig out of mouthwash only to spit it back in before walking off.

Someone posted a video of a dude opening a gallon of tea in a store and spitting in it along with a plea to retweet until he’s arrested. Then the SoCalUncensored Twitter account revealed that this guy was “Local wrestler Shiloh Greaves.”

Someone on Facebook apparently claimed that it was for a promo for UEW. Then that excuse blew up in their faces when the promotion issued a response.

UEW gave a statement:
“While Shiloh Greaves has wrestled for us in the past we have not produced any promo of this nature. Any UEW approved promo, segment, skits, ect. will have UEW branding on it. We don’t condone these actions and do not know any more about the videos origin.”

This is seriously disgusting and nobody should be proud of doing something like this nor should they think it’s funny. Because diseases could be spread even if someone doesn’t think there’s anything wrong with them. Because there obviously is something wrong with them if they think it’s okay to contaminate someone’s food even if it’s for a stupid viral video challenge.